Greetings, and welcome to the first Progress Notes devlog for ChangKaBang!

During the time between the demo release (v0.11) and now, there has been a plethora of updates, changes, and additions to the destructive changy experience. The first of the many things that are worth noting in the devlog would be... 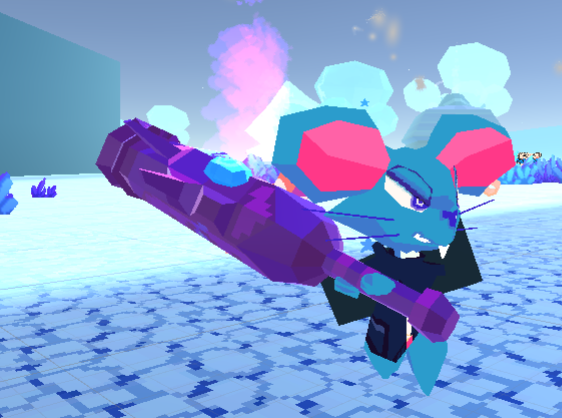 Alongside with Pipchang in the visual upgrade department, "The Wick", a melee weapon from the previous demo, got a makeover too.

As for something to note here, Pipchang was indeed the very first model made for the project-- it was absolutely inevitable for me to go ahead and revise him further to give him a little more personality to his in-game design. He looks far more animated and true to his official artwork design than his previous model iterations, coming in with a separate mesh for his mouth and a more refined tooth to boot.

Additionally-- as seen with these screen-caps, there is a new stage under development demonstrating a brand new seasonal theme, "Glacier Park"! This stage will be set within one of the four seasonal districts of the City

Not only did Pipchang get a visual upgrade, but so did Suki Nipps as well. Her in-game design is in far more in control, and she's ready to coax the blinded Changs to her bidding! 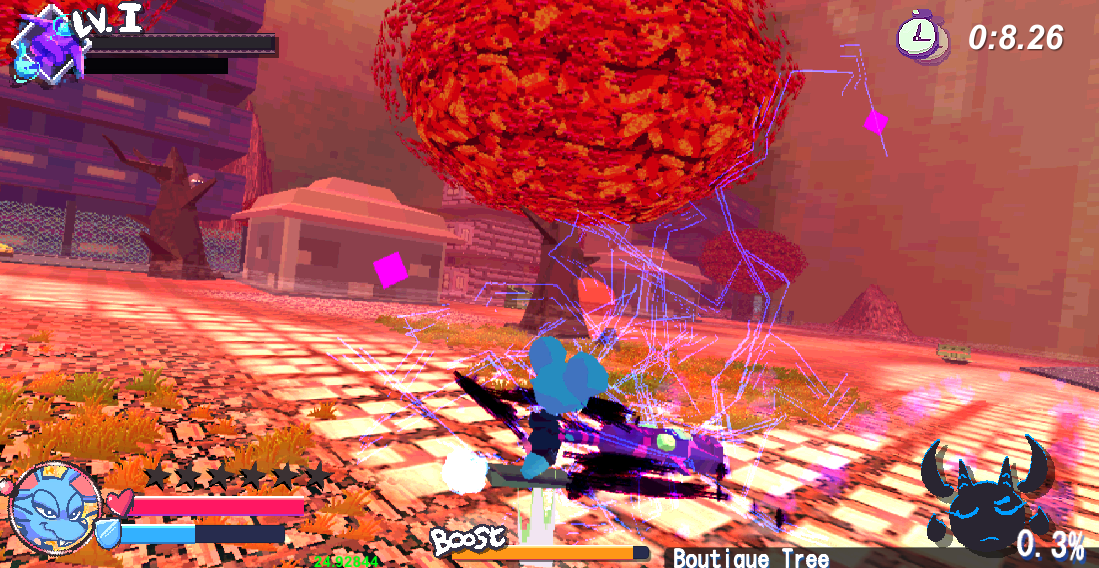 The Gameplay UI/HUD for the game has been updated a little bit, in which includes a new "armor" meter.

*I probably haven't covered precisely everything, but it's all I can remember for now!

Thank you for your interest in the game and to anyone who is watching/following/has donated towards the project. If you'd like to support or read more on my project, you may do so on my Patreon @:

It's nothing but pure and rich anarchy here!