A downloadable chang for Windows

"CHANGkaBANG" is a game that is inspired by the likes of Katamari Damacy, Grand Theft Auto, Ratchet and Clank, and Jet Set Radio. (Games of relative generation-- PS2, Dreamcast, Gamecube.)

*The development of this game has been set on hold/hiatus. 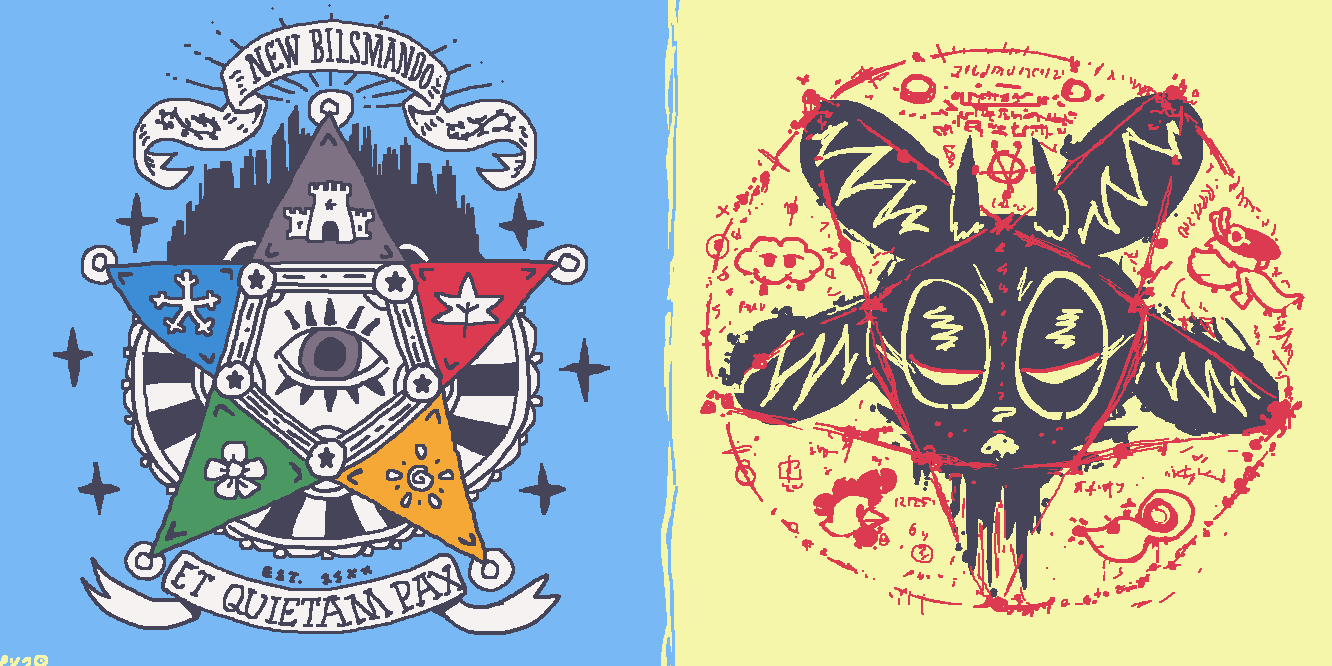 Enter the bustling city of "New Bilsmando", filled with abstract wonders and critters as far as the eye can see. Unfortunately, it's not all wonderful for the "Chang Gang", a compact group of rookie hover-boarding rebels.

One rainy Monday, the city stirred up the hive by demolishing the Chang Gang's faithful hangout spot- no eviction notice. It's up to the hung-over Changs to show the city some real regulations.

With an inevitable risky deal between the Gang and a mysteriously devious Weaponsmith named "Suki Nipps", the Changs will hone her exotic tools of destruction to make it their way-- your way.

The goal of the game is to cause as much chaos as you can before the law enforcement bursts you into little pieces. The game begins by hitting something/kickstarting trouble.

By causing chaos, you earn dark energy aptly named "Karma".  Karma is euphoric evil energy that Suki Nipps desires to fully complete her dark ritual. By fully satisfying her and reaching climax, Suki will then open a portal for you to escape the stage before getting apprehended by the law enforcement. 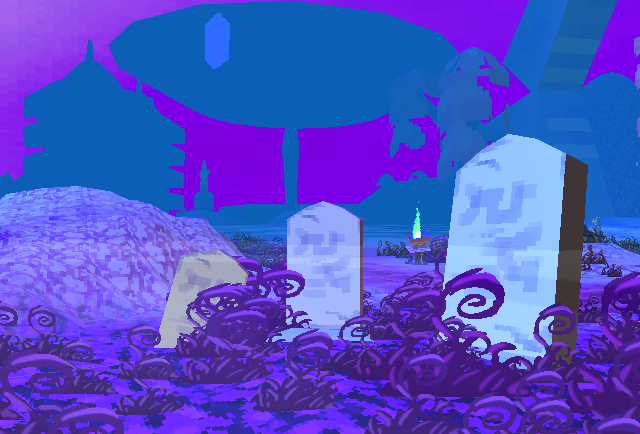 Not just a fun game with lots of detail, but it looks like a finished product. The level of polish is insane. I wanna see what the other levels are like.

So uh, while this isn't exactly necessary, are there any plans to add controller support in future updates?

this and alyss kiseff's other game should be connected

Ah, the curse of games unfinished, a feeling I know too well. It would take time to get to the least point it is already, shame.

9/10, absolutely amazing! I also really appreciate the fact that we can walk around the map and just vibe.

It's really satisfying to destroy eeeeverything!!! :3

hey just so you know, the Discord invite says its invaild, but i do like your game!

Oops! Went ahead and fixed it! Thanks!

the new itch page design is a banger
game is dope too ;p

just FYI, the controls on this page don't mention that you can hit R to change weapons! I'd been going around trying to just swing punches at everything...

I fixed it, thank you!

Thanks for trying the game out! It's always entertaining to see how others approach the game in their perspective.

It's short and currently lacking plot, but ChangKaBang provides two things I enjoy in a game. A good art style and total destruction of my environment. It's a good start for what I hope will one day become a quality game.

Thank you for trying the game out, Skydjinn! I'm very late to respond but I have watched your play-through and took careful consideration on how you approached the game in that state. Fortunately, nearly everything you wished for in game changes are applied in the newest version I just released tonight!

I hope you'd give it a try, i'd love to hear what you think about this new version. Take care!

Perfectly fine about the delay, I've had some take a year before getting back to me. Glad to hear my feedback was helpful in development!

The game handles SO much better now with the new controls. I'd completely forgotten about that going in, so I just naturally took to the new way. Having actual enemies in it now makes moving around constantly feel more fun as I juggle shooting, dodging, and finding more stuff to blow up. Due to this, I find I play on the board more than I do on foot. It's fast paced, chaotic, and I like it.

Having music going now also helps make it more fun. I think there were some words being spoken at one point? I'm unsure if that was part of the music or something in the game, but I wasn't able to hear them clearly to know what they were saying. That aside, the overall audio is coming along.

I tried each character, but due to the chaotic nature of the game, I wasn't able to notice their differences at this time. I like that Pipchang has clothes in the new build though. Nipps' new style, however, is a little off putting with her gloves. In the Performance Report screen, she looks a bit like a dark blob with a couple of white spots while dancing.

On the topic of the Performance Report, it doesn't seem to show anything. Am I to assume it's non-functioning at this time? Also, the new stage, what there is of it right now, is looking nice.

Oh, and what's the timer looking thing in the top right of the screen? It seems to change from low numbers to high at random while counting down.

Keep up the good work. 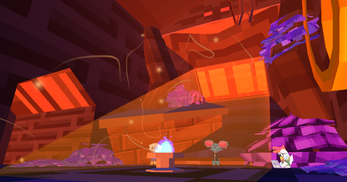 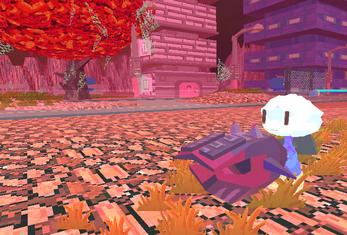 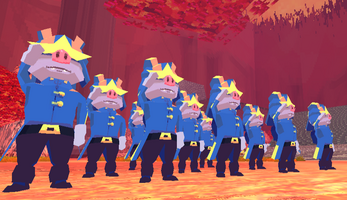